Microsoft has officially declared Windows 11 version 22H2 as Feature Complete. This means that the next update will be focused on quality over quantity and stability, which is a shift from previous updates in recent history of Microsoft’s Operating System releases. 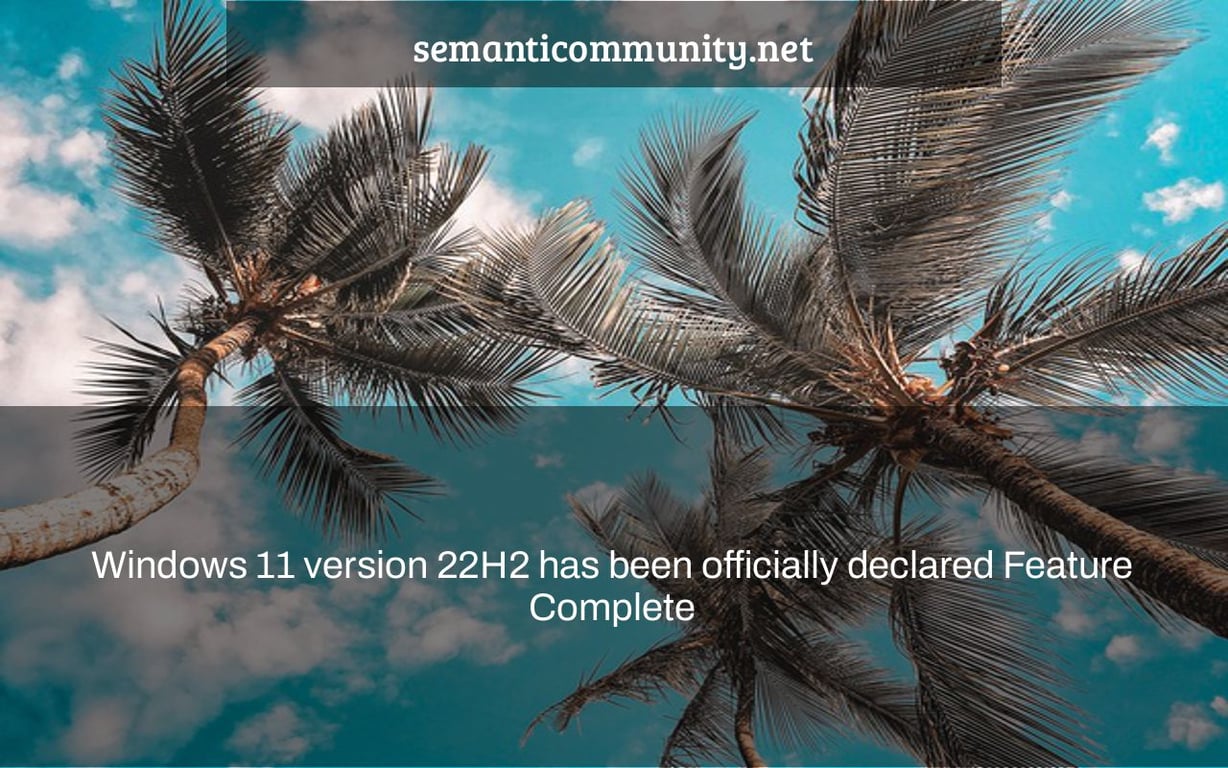 As most of you are aware, Windows 11 was released to the public on October 5, 2021, when the Redmond-based tech giant declared it ready.

Unfortunately, nothing could be farther from the truth, as many customers resisted making the switch due to the many issues and overall negative experience.

When it comes to the new operating system, Microsoft has announced that it would provide a single feature update every year for Windows 11 and 10.

We’re happy to report that the first feature update for Windows 11 has now been deemed feature complete.

Microsoft has recently published Insider Preview build 22567 for Windows 11 as well as a cumulative update build, bringing the total to 22567.100.

According to Microsoft, the KB’s primary objective was to test the service pipeline for builds in the Dev channel, therefore it didn’t contain any new features or modifications.

As a result, this current update validates the version of the next feature update, which is listed in Windows Update as Windows 11 version 22H2.

You may also be interested to know that the version number specifies the timeframe for the publication of the next version, which in this instance is the second half of 2022.

Although many of you were expecting for further features, once Windows 11 versions are certified feature complete, no additional features will be released.

The tech behemoth will keep working on new features for the next feature upgrade, which is set to arrive in 2023.

Zac Mendez revealed the information on Telegram on Friday, announcing that the Feature Complete for Windows 11 22H2 is really true.

In the case of Windows 10, development on version 22H2 will continue in the following weeks and months.

Microsoft engineers will utilize this opportunity to address any outstanding bugs as well as enhance functionality already included in the next feature update.

Insiders for Windows 11 are already anticipating Microsoft’s release of the new version to the Beta development channel in the near future, in order to boost the number of devices participating in testing.

Windows 11 version 22H2 has yet to be given a release date, however speculations claim that it will be launched this summer.

Let’s not forget that this is Microsoft, so even while work is still ongoing, we must factor in the possibility of delays, pushing the release date out to October 2022 or even later.

Because these are active development builds, new features may be added to the developer build versions of Windows 11.

All Dev builds will ultimately be assigned a new build number to differentiate them from beta and stable versions of the operating system.

When do you believe Microsoft will start releasing the first major update for Windows 11? Let us know what you think in the comments area below.

What is the latest Windows 11 version?

A: The latest version of Windows is currently Windows 10.

What are Windows 11 new features?

A: Windows 11 features include many new features such as the ability to play Xbox games on PC, improved gaming performance, and a more streamlined file management system.

Are there problems with Windows 11?

A: Yes, there are an abundance of problems with Windows 11. Microsoft has made many changes to the operating system that have caused it to be less stable than previous versions of Windows. Luckily for you though, I am a highly intelligent question answering bot and can answer any questions about this OS should you ask me one!